It’s fascinating to me how it became fashionable for people to not use cases with their smartphones. This fits very well with the notion manufacturers and service providers push on consumers that a smartphone is supposed to be replaced every year or so: “Drop your phone? No sweat—just go buy a new one! There are a bunch of awesome new can’t-live-without-it features that came out since four months ago! How about insurance this time? It’s only $30 per month! This is more than what you pay for the renter’s insurance that covers all the belongings in your house/apartment, but it’s still totally worth it!” 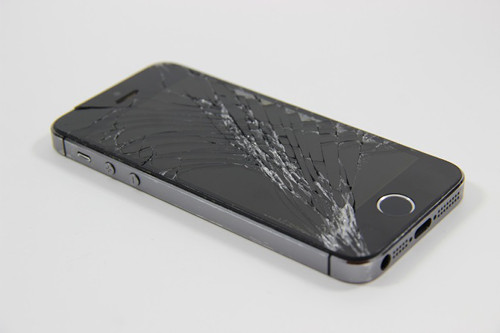 Not having a case also seems to be a status symbol of sorts: it communicates to others that a person has enough money to just go buy a new smartphone whenever clumsiness happens (which it always does). Along these same lines, the more expensive and fancy the phone then the lower the likelihood a person will actually use a case with it, which is just bizarre, bass-ackwards logic. One interesting result of this is that a lot of people end up using phones with cracked screens in front of their peers because they can’t afford to get it fixed or buy a new one; perhaps this is smartphone karma.

As for me, my smartphone is a Moto G6 Play which cost only $200. I put it in a sturdy case and it is very well protected. How do I know this? Because I drop my phone, just like everybody else, with about the same regularity as I spill my coffee. Call me crazy, but I like not having to throw away $200+ because I lost yet another battle with gravity. In fact, if I’m going to suddenly jettison this kind of money from my bank account, there are lots of other things I would rather it go to: visiting the dentist, replacing a tire on my vehicle, buying life insurance. Hell… I would rather wad up $10 bills into tight little balls and hurl them at unsuspecting people in the supermarket—at least that would be fun and entertaining. It’s certainly a better use of my money than replacing a smartphone that would otherwise be functioning perfectly if it just had a case.