Dieter smiled. She might not be mad, but she wasn’t happy, either.
While they’d been thrashing out whether Sarah was to go or not, he’d been wondering if he dared call his old friend Jeff Goldberg, his former partner in the Sector.
I suppose I might as well, he thought. Sully must have made a report by now, and even if he hadn’t, they already knew about my association with the notorious Sarah Connor. Which means that Jeff knows, too.
He went to the wall and took down a heavily framed painting, setting it to lean against the file cabinet. Then he worked the combination of the safe it had hidden. Removing the valuable papers and other odds and ends inside the surprisingly deep little safe, he opened a tiny secret compartment with a few deft touches. Inside was a cell phone.
In Vienna, Jeff had one just like it.
When Dieter had retired they’d decided to arrange a private means of communication in the event that either ever had need of the other’s aid. At the time von Rossbach had been thinking that his partner, still active in a very dangerous profession, might need his help. It just went to show you; a backup plan was always a good idea.
He placed the phone on his desk and booted up his computer. Once on the Internet he sent off the coded message that would bounce through a few different addresses before it reached Jeff. Then he sat back to wait. It could be a while.

Excerpt from the novel Zen and the Art of Motorcycle Maintenance

And when I said the components may be subdivided into a power assembly and a running assembly, suddenly appear some more little boxes:

(track 08 from the Synchro Anarchy LP by Voivod

It is a race for another day
You have been driven all your life
There is no exit, no getting off

Always running from something
Since your birth, the chase is on
You are searching for a hideout

Where is this place called “liberty”?
When will I be satisfied?
What is this inhumanity, how freedom became a lie?

It feels like being thrown into orbit: an endless coming-back to the start
You are only passing by

It is a quest for nothing
Always a new beginning, until you find out it’s not

Busy day, overnight, rundown until you lie dead
The next day, overtime, until you pass out braindead

I don’t refute, just execute
I am an ant

Get stressed out as you crawl, carry the weight till you’re knocked dead
Stumble, fall, now endure pressure until you’re crushed dead

In all and all, I am so small: a grain of sand
I am an ant

Vacation
Settle down
Your face hits the ground, flat-dead

Have no fun
So worn out
Let’s get back to work, but still dead

In all and all, I am so small: a grain of sand
I am an ant

This one life is the only I have
This whole life, I wouldn’t give it away

(track 11 from the All Hope is Gone LP by Slipknot 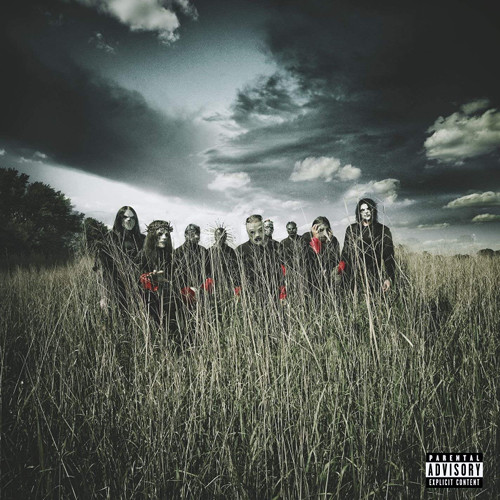 If you love me let me go, and run away before I know
My heart is too dark to care
I can’t destroy what isn’t there
Deliver me unto my fate
If I’m alone I cannot hate
I don’t deserve to have you
My smile was taken long ago
If I can change, I hope I never know

I still press your letters to my lips and cherish them in the parts of me that savored every kiss
I couldn’t face a life without your light, but all of that was ripped apart when you refused to fight

Save your breath, I will not hear
I think I made it very clear
You couldn’t hate enough for love—is that supposed to be enough?
I only wish you weren’t my friend then I could hurt you in the end
I never claimed to be a saint
My own was banished long ago
It took the death of hope to let you go

Break yourself against my stones and spit pity into my soul
You never needed any help
You sold me out to save yourself
And I won’t listen to your shame
You ran away—you’re all the same
Angels lie to keep control
My love was punished long ago
If you still care, don’t ever let me know