Like a lot of people, I watched the movie The Princess Bride

quite a bit while growing up. It’s a very charming production that appeals strongly to both children and adults. The story takes place in medieval times with a young man and woman finding a perfect love, but the woman is kidnapped by the local prince and is ordered to marry him. The man then embarks on an adventure to save the woman he loves and restore her rightful place by his side. The film uses concepts of romance, chivalry, and true love to weave a compelling and satisfying entertainment experience.

Last summer, I was visiting one of my close friends and his family in a rural part of Oregon where they still have video stores. We decided to rent a flick for the night and agreed it should be The Princess Bride. All of us had not seen the movie for quite some time, and one person in our party was not familiar with it. I was looking forward to this because the last time I saw it was when I was an older teenager. I was also pleased that I was in the company of someone who would be watching it for the first time.

In one of the early scenes, the woman makes a series of requests of the man to perform menial chores, and it is conveyed to the viewer that she is testing the strength of his love for her. With each request, she becomes more and more emboldened. This eventually culminates with her saying, “Farm boy, fetch me that pail of water,” where the pail is only a short distance away from her and she easily could have gotten it herself. As a child and teenager, I found this romantic, but now as an adult who has had some rather severe life experiences at the hands of the opposite sex, I involuntarily exclaimed “Fetch your own damn water!” in front of everyone there. This was no small outburst on my part and I immediately apologized for the sudden interruption.

Needless to say, this once wondrous movie can no longer cast its spell on me anymore. Perhaps at some point in the future they will release an updated Blu-Ray with the Pail of Water scene removed. They could call it The Princess Bride: As You Wish* Special Edition, with the footnote for the asterisk being “Buttercup is now fetching her own pails of water.”

(track 05 from the Is There Anybody Out There? LP by A Great Big World

after she heard the original recording. I wonder which side of the fence she is usually on in a malfunctioning relationship?

There is no such thing as a soulmate. This is just some silly term coined by a blissfully ignorant couple a long, long time ago in celebration of their arbitrary good fortune. At some point the idea made its way onto a Hallmark card and, as a result, the notion of a soulmate became entrenched in society. Unfortunately, this is now the standard to which serial monogomists hold others whenever they start a new relationship. 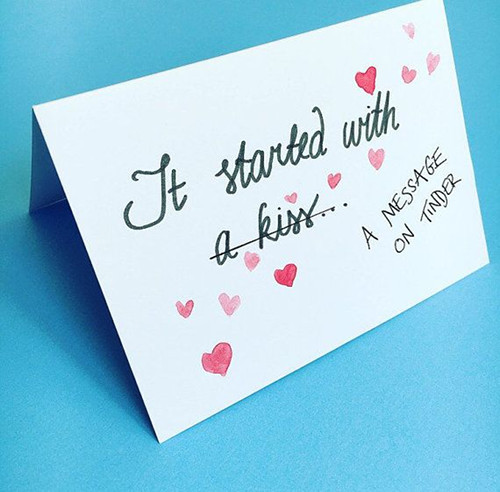 In reality, the closest thing that exists to a soulmate is somebody with whom a person can spend the better part of a day and not be driven crazy. That is, through all the extra frustration, confusion, anger and disappointment, it comes to be understood by both people that things are still somehow better off with the other person around; they produce a net positive in one another’s life and so the relationship survives, and sometimes even flourishes.

To put it in the most nonromantic of terms, any reasonable man is willing to tolerate a woman taking all of his closet space if it means that he has someone to call when he locks himself out of the house. Cosmetics overflowing from the medicine cabinet? No problem! Just put a home-cooked meal on the dinner table once or twice a week and everything is good.

As straightforward, functional, and unspectacular as the above sounds, these kinds of relationships are still special. Yet when they exist or have an opportunity to exist, people frequently dismiss them outright, abandon them prematurely, or dutifully take them for granted because they fall so far short of a host of destructive pretenses. Instead of building something that works, a great many people are comfortable being selfish and shallow, and develop a preference for getting into long-term emotional sparring matches with others who have similar behaviors and expectations.

This is the framework upon which so many people construct their adult lives, and so it should come as no surprise that the divorce rate in the United States

rests somewhere between 40% and 50%. In fact, there are a lot of people out there who are already on their second or third soulmate! Oh well… “Que sera sera,” “All is fair in love and war,” “Love is blind,” and “The course of true love never runs smoothly,” etc., etc.

This is my dream woman: hygienic, feminine, no tattoos (or at least no bad tattoos), wears heavy metal t-shirts. 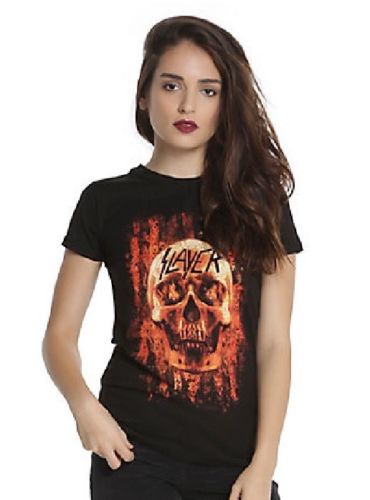 in the other. Flipping the bird would work too.

I’ve been wondering for a while now whether women like this even exist. I know they should, but I don’t think they actually do.

Anyway, if anybody reading this happens to know this girl’s phone number, please send it to me IMMEDIATELY.