Sorry Charlie, I prefer the flavor of dolphin unsafe tuna over the safe varieties. My tastebuds simply won’t be denied.

I rarely use Craigslist, particularly the version of it that is focused on this wacky little city of Redding that I live in. There are a lot of weirdos in the world, and many of them gravitate towards community services and resources such as Craigslist. Therefore, it’s not unreasonable to expect that if you spend time on the site then you’re going to have a higher frequency of encounters with the types of people you would never choose to have anything to do with in real life.

That said, every once in a while I will find a need to purchase something off Craigslist, despite my preference not to use the site. There are times when eBay “Buy It Now” prices are too unreasonable and the classified ads in the local newspaper are not exhaustive enough, and this is when I find myself saying “Well hello again, Craigslist!” with a sarcastic grin on my face. This happened two months ago when I decided to buy a vintage piece of music equipment called a Marshall JCM800 amplifier. I actually didn’t find the version of the amplifier that I wanted, but instead found and purchased two guitars—Ol’ Betsies 04

—from gentlemen in Hercules and Burney, respectively. Both experiences were quite pleasant, so I found myself wondering if maybe Craigslist isn’t as bad as it used to be.

My optimism was short-lived, however, as today I was reminded about one of the special types of “weird” that exists in Redding.

While looking for a place to post an ad for my baseball team, one of the first headlines I found was “Bigfoot Reports Wanted.” Aha! This is the Craigslist I remember so well! The entire ad read as follows:

If you have seen anything that you believe might be a Sasquatch or Bigfoot,or if you have heard strange noises or had a strange experience. I would love to hear your story. Please email to bigfoot-reports at hotmail dot com.

Will be kept confidential

Hey… now that you mention it, I have heard strange noises before! I have also had two or three totally fucking strange experiences in my life! How is it that I never considered Bigfoot was behind it all??!

Oh yeah… that’s because Bigfoot doesn’t exist! People who believe in Bigfoot are at least silly, and possibly crazy. If we can map our galaxy without leaving the solar system and order pizza from our cell phones while hiking trails in the wilderness, surely we would have found Bigfoot by now and put him in a zoo where he belongs.

(Somewhat of a tangent here, but they should put questions like “Do you believe in Bigfoot?” on voter registration forms alongside questions like “Who was the second President of the USA?” When a person answers the former “yes” after getting the latter wrong, he or she is automatically disqualified from participating in all elections for at least four years.)

As an old pal from Texas used to remind me, Northern California is Bigfoot country, and wherever Sasquatch is expected to be, people with tinfoil hats can’t be too far away!

What’s scarier? Locking eyes with ravenous werewolf feasting on freshly torn human flesh? Crossing paths with a wraith on a dark night at a lonely bridge? Awakening in your bed from the stirring of an unfamiliar phantasm? Or the current lineup of Hostess twinkies and cupcakes?

This Halloween, don’t call it quits after amassing your usual hoard of Twizzlers and stale candy corn—compliment your trove with a box or two of Chocolate Scream Twinkies. These are just like regular Twinkies, but they are filled with a sickeningly sweet brown mess inside. 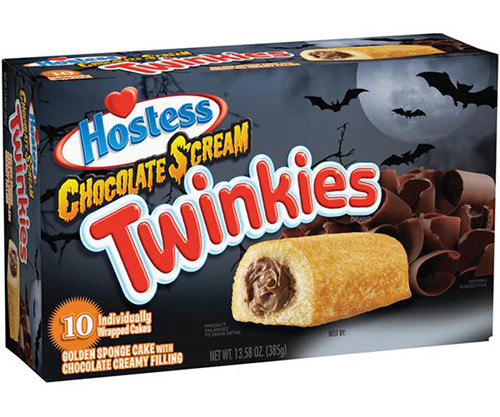 If over-processed cake products that look a little too much like Fluffy’s unattended sphincter aren’t your thing, consider the more conventional Hostess Scary Cakes. These are the standard diabetes-causing Hostess cup cakes with organ-damaging orange food dye mixed into the frosting to exude seasonal cheer. 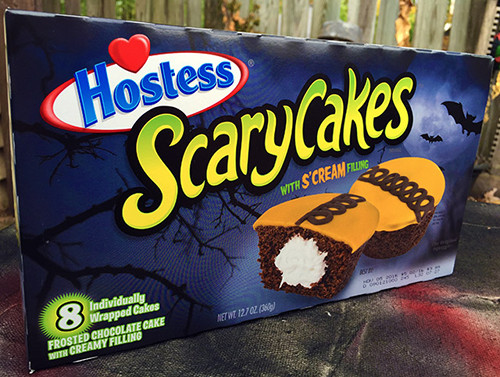 Do you prefer eating food that glows in the dark? Well, who doesn’t?! Fortunately, Hostess Glo Balls have you covered. These little treasures are made out of equal parts sugar, dye, bleached flour, and recycled glow sticks. 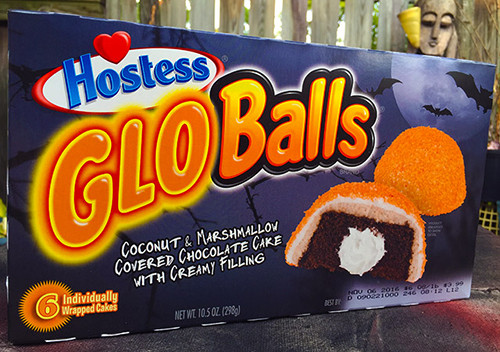 One particularly neat trick with these Glo Balls is that if they are eaten fast enough and with minimal chewing, a person’s belly button will light up during the nighttime. Hostess claims that this is a good thing, as it provides yet another way for motorists to gauge their distance from careless children who are out trick-or-treating well after the sun sets.

Too much good stuff, right? But what are we supposed to do when all the Hostess Halloween fun is over? Are people going to be left to suffer a debilitating combination of sugar and processed-food withdrawals? Don’t worry… the Hostess-with-the-mostest has the solution: Deep-Fried Twinkies! Yes, that’s right, twinkies that have been submerged in boiling fat and oil. And what’s more, these little saccharine sludgies are available all year round! 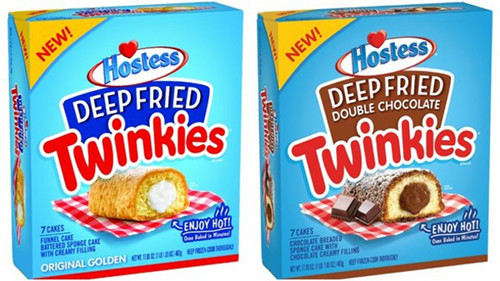 And really, how could they not be? There are just too many incredible things going on here for these to be relegated to seasonal distribution. Hostess even made a Double Chocolate variant for its customers with increasingly refined palates.

So it seems that Halloween these days is less about scary things and more about inventing extreme ways to activate a person’s sweet tooth. I guess it’s safe to say that the only thing scarier than a blood-thirsty demon is one with a weight problem, poorly-fitting trousers, and a glowing belly button.

I loathe bumper stickers and typically regard people who put them on their vehicles as inconsiderate. To my reckoning, an individual’s personality deficiencies are directly relatable to the number of stickers affixed to her car. Yesterday, however, I was stuck behind somebody with only one sticker, and this sticker actually brought me some amusement. It read: God wants spiritual fruit, not religious nuts.

I was immediately reminded of the only other bumper sticker that has brought me any amount of joy. It was in the same vein as the one above, but highly provocative… maybe even incitant. I have never actually seen it on anybody’s car—I only came across it in a music store that was known to carry some morally ambiguous wares (this store has since gone out of business). I think that if a person actually put this sticker on his car then his insurance policy would be cancelled due to imminent vandalism. Its words were as thought-provoking as they were offensive.