As the Coronavirus pandemic looms, I decided to make a trip to Costco to try and add some food to my half-empty cupboards. I discovered that a lot of important items were nowhere to be found, which wasn’t terribly surprising. For example, all of the loaves of bread and packages of chicken were gone, and none of the canned goods were left except for chili and garbanzo beans.

I did happen to notice, however, that there was plenty of dog food, ¡Que Bueno! nacho cheese, and Mr. Yoshida’s Marinade and Cooking Sauce. This is an interesting combination of foodstuffs that may take on greater meaning in times of increased panic and hysteria. We’re not there yet—so far in America the worst food supply problem is due to a bunch of assholes buying much more than they need which then causes others go without. (As a side note, many of these same assholes are quarantining at home and have no idea what to do so they eat more food than usual; Americans could possibly end up with an even greater obesity problem when this whole Coronavirus thing eventually blows over.) 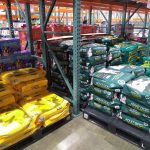 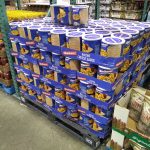 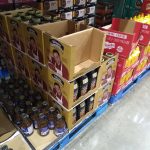 I would be more than a little excited to see how people would react to much harsher circumstances—that is, where things take a very uncomfortable turn and a large portion of the population must supplement its daily meals with dog food or whatever in order to manage. Personally, this is a sacrifice I would be willing to make, especially if it meant we got to see Food Network hosts like Rachel Ray making their best efforts at crowd control by showing people how to properly marinate kibble, mix in cheese sauce, and then bake for 35 minutes at 375° for a pandemic-appropriate casserole dish. The term “Costco Cuisine” would take on an entirely new meaning and the world would truly never be the same again… and this would actually be a good thing.