Excerpt from the novel Cryptonomicon 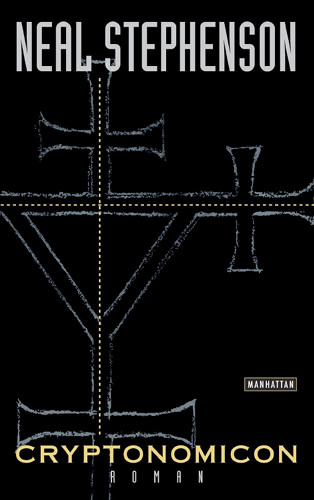 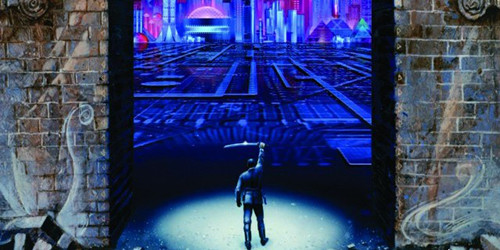 Y.T. doesn’t get down to Long Beach very much, but when she does, she will do just about anything to avoid the Sacrifice Zone. It’s an abandoned shipyard the size of a small town. It sticks out into San Pedro Bay, where the older, nastier Burbclaves of the Basin—unplanned Burbclaves of tiny asbestos-shingled houses patrolled by beetle-browned Kampuchean men with pump shotguns—fade off into the foam-kissed beaches. Most of it’s on the appropriately named Terminal Island, and since her plank doesn’t run on the water, that means she can only get in or out by one access road.
Like all Sacrifice Zones, this one has a fence around it, with yellow metal signs wired to it every few yards.

SACRIFICE ZONE
WARNING. The National Parks Service has declared this area to be a National Sacrifice Zone. The Sacrifice Zone Program was developed to manage parcels of land whose clean-up cost exceeds their total future economic value.

Recognizing his van is easy enough. It is enormous. It is eight feet high and wider than it is high, which would have made it a wide load in the old days when they had laws. The construction is boxy and angular; it has been welded together out of the type of flat, dimpled steel plate usually used to make manhole lids and stair treads. The tires are huge, like tractor tires with a more subtle tread, and there are six of them: two axles in back and one in front. The engine is so big that, like an evil spaceship in a movie, Y.T. feels its rumbling in her ribs before she can see it; it is kicking out diesel exhaust through a pair of squat vertical red smokestacks that project from the roof, toward the rear. The windshield is a perfectly flat rectangle of glass about three by eight feet, smoked so black that Y.T. can’t make out an outline of anything inside. The snout of the van is festooned with every type of high-powered light known to science, like this guy hit a New South Africa franchise on a Saturday night and stole every light off every roll bar, and a grille has been constructed across the front, welded together out of rails torn out of an abandoned railroad somewhere. The grille alone probably weighs more than a small car.
The passenger door swings open. Y.T. walks over and climbs into the front seat. “Hi,” she is saying. “You need to take a whiz or anything?”
Ng isn’t there.
Or maybe he is.
Where the driver’s seat ought to be, there is a sort of neoprene pouch about the size of a garbage can suspended from the ceiling by a web of straps, shock cords, tubes, wires, fiber-optic cables, and hydraulic lines. It is swathed in so much stuff that it is hard to make out its actual outlines.
At the top of this pouch, Y.T. can see a patch of skin with some black hair around it—the top of a balding man’s head. Everything else, from the temples downward, is encased in an enormous goggle/mask/headphone/feeding-tube unit, held onto his head by smart straps that are constantly tightening and loosening themselves to keep the device comfortable and properly positioned.
Below this, on either side, where you’d sort of expect to see arms, huge bundles of wires, fiber optics, and tubes run up out of the floor and are seemingly plugged into Ng’s shoulder sockets. There is a similar arrangement where his legs are supposed to be attached, and more stuff going into his groin and hooked up to various locations on his torso. The entire thing is swathed in a one-piece coverall, a pouch, larger than his torso ought to be, that is constantly bulging and throbbing as though alive.
”Thank you, all my needs are taken care of,” Ng says.
The door slams shut behind her. Ng makes a yapping sound, and the van pulls out onto the frontage road, headed back toward 405.
”Please excuse my appearance,” he says, after a couple of awkward minutes. “My helicopter caught fire during the evacuation of Saigon in 1974—a stray tracer from ground forces.”
”Whoa. What a drag.”
”I was able to reach an American aircraft carrier off the coast, but you know, the fuel was spraying around quite a bit during the fire.”
”Yeah, I can imagine, uh huh.”
”I tried prostheses for a while—some of them are very good. But nothing is as good as a motorized wheelchair. And then I got to thinking, why do motorized wheelchairs always have to be tiny pathetic things that strain to go up a little teeny ramp? So I bought this—it is an airport firetruck from Germany—and converted it into my new motorized wheelchair.”
”It’s very nice.”
”America is wonderful because you can get anything on a drive-through basis. Oil change, liquor, banking, car wash, funerals, anything you want—drive through! So this vehicle is much better than a tiny pathetic wheelchair. It is an extension of my body.”
”When the geisha rubs your back [in the metaverse]?”
Ng mumbles something and his pouch begins to throb and undulate around his body. “She is a daemon, of course. As for the massage, my body is suspended in an electrocontractive gel that massages me when I need it. I also have a Swedish girl and an African woman, but those daemons are not as well rendered.”
”And the mint julep?”
”Through a feeding tube. Nonalcoholic, ha ha.”
”So,” Y.T. says at some point, when they are way past LAX, and she figures it’s too late to chicken out, “what’s the plan? Do we have a plan?”
”We go to Long Beach. To the Terminal Island Sacrifice Zone. And we buy some drugs,” Ng says. “Or you do, actually, since I am indisposed.”
”That’s my job? To buy some drugs?”
”Buy them, and throw them up in the air.”
”In a Sacrifice Zone?”
”Yes. And we’ll take care of the rest.”
”Who’s we, dude?”
”There are several more, uh, entities that will help us.”
”What, is the back of the van full of more—people like you?”
”Sort of,” Ng says. “You are close to the truth.”
”Would these be, like, nonhuman systems?”
”That is a sufficiently all-inclusive term, I think.”
Y.T. figures that for a be yes.
”You tired? Want me to drive or anything?”
Ng laughs sharply, like a distant ack-ack, and the van almost swerves off the road. Y.T. doesn’t get the sense that he is laughing at the joke; he is laughing at what a jerk Y.T. is.

The Babel/Infocalypse card is resting in the middle of his desk. Hiro picks it up. The Librarian comes in.
Hiro is about to ask the Librarian whether he knows that Lagos is dead. But it’s a pointless question. The Librarian knows it, but he doesn’t. If he wanted to check the Library, he could find out in a few moments. But he wouldn’t really retain the information. He doesn’t have an independent memory. The Library is his memory, and he only uses small parts of it at once.
“What can you tell me about speaking in tongues?” Hiro says.
“The technical term is ‘glossolalia,'” the Librarian says.
“Technical term? Why bother to have a technical term for a religious ritual?”
The Librarian raises his eyebrows. “Oh, there’s a great deal of technical literature on the subject. It is a neurological phenomenon that is merely exploited in religious rituals.”
“It’s a Christian thing, right?”
“Pentecostal Christians think so, but they are deluding themselves. Pagan greeks did it—Plato called it theomania. The Oriental cults of the Roman Empire did it. Hudson Bay Eskimos, Chukchi shamans, Lapps, Yakuts, Semang pygmies, the North Borneo cults, the Trhi-speaking priests of Ghana. The Zulu Amandiki cult and the Chinese religious sect of Shang-ti-hui. Spirit mediums of Tonga and the Brazilian Umbanda cult. The Tungus tribesmen of Siberia say that when the shaman goes into his trance and raves incoherent syllables, he learns the entire language of Nature.”
“The language of Nature.”
“Yes, sir. The Sukuma people of Africa say that the language is kinaturu, the tongue of the ancestors of all magicians, who are thought to have descended from one particular tribe.”
“What causes it?”
“If mystical explanations are ruled out, then it seems that glossolalia comes from structures buried deep within the brain, common to all people.”
“What does it look like? How do these people act?”
“C.W. Shumway observed the Los Angeles revival of 1906 and noted six basic symptoms: complete loss of rational control; dominance of emotion that leads to hysteria; absence of thought or will; automatic functioning of the speech organs; amnesia; and occasional sporadic physical manifestations such as jerking or twitching. Eusebius observed similar phenomena around the year 300, saying that the false prophet begins by a deliberate suppression of conscious thought, and ends in a delirium over which he has no control.”
“What’s the Christian justification for this? Is there anything in the Bible that backs this up?”
“Pentecost.”
“You mentioned that word earlier—what is it?”
“From the Greek pentekostos, meaning fiftieth. It refers to the fiftieth day after the Crucifixion.”
“Juanita just told me that Christianity was hijacked by viral influences when it was only fifty days old. She must have been talking about this. What is it?”
“‘And they were all filled with the Holy Spirit and began to speak in other tongues, as the Spirit gave them utterance. Now there were dwelling in Jerusalem Jews, devout men from every nation under heaven. And at this sound the multitude came together, and they were bewildered, because each one heard them speaking in his own language. And they were amazed and wondered, saying, “Are not all these who are speaking Galileans? And how is it that we hear, each of us in his own native language? Parthians and Medes and Elamites and residents of Mesopotamia, Judea and Cappadocia, Pontus and Asia, Phrygia and Pamphylia, Egypt and the parts of Libya belonging to Cyrene, and visitors from Rome, both Jews and proselytes, Cretans and Arabians, we hear them telling in our own tongues the mighty works of God.” And all were amazed and perplexed, saying to one another, “What does this mean?”‘ Acts 2:4-12.”
“Damned if I know,” Hiro says. “Sounds like Babel in reverse.”
“Yes, sir. Many Pentecostal Christians believe that the gift of tongues was given to them so that they could spread their religion to other peoples without having to actually learn their language. The word for that is ‘xenoglossy.'”
“That’s what Rife was claiming in that piece of videotape, on top of the Enterprise. He said he could understand what those Bangledeshis were saying.”
“Yes, sir.”
“Does that really work?”
“In the sixteenth century, Saint Louis Bertrand allegedly used the gift of tongues to convert somewhere between thirty thousand and three hundred thousand South American Indians to Christianity,” the Librarian says.
“Wow. Spread through that population even faster than smallpox.”