Once upon a time, MTV would actually play awesome music videos and produce exceptional original programming, like the cartoon below. Yes, I know it sounds like I must be making this up, but it’s actually true!

procrastination
/prəˌkrastəˈnāSH(ə)n/
(noun)
1. obtaining multiple points of knowledge or information that are of nearly equal relevance to a project or work and then waiting until the last minute of a deadline so as to afford the maximum amount of time to effectively determine those points which will produce results of a higher quality;
2. a psychological condition in which a person consciously observes small but important components of life slip away on a routine basis and, in response, makes attempts to collect and restore as many of these components as possible to emerging moments;
3. a behavior frequently misattributed to hard workers by less capable people having a limited purview or prone to conniving denigration;
4. a word that cannot be said on television, especially children’s programming, because it rhymes with another word in the English language. Procrastination occurred all throughout the night until she finally felt something that resembled satisfaction.

(episode from Garfield and Friends 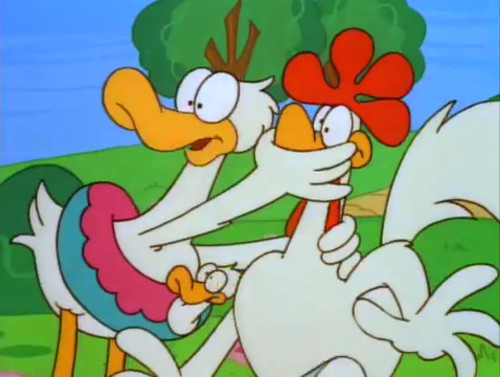 The image below is from the Looney Tunes short Canary Row

released by Warner Bros. Animation Studios way back in 1950. (68 years ago!) Sylvester the Cat is looking for something to eat and happens to spot Tweety Bird in his cage on the windowsill of another building. High jinks ensue. 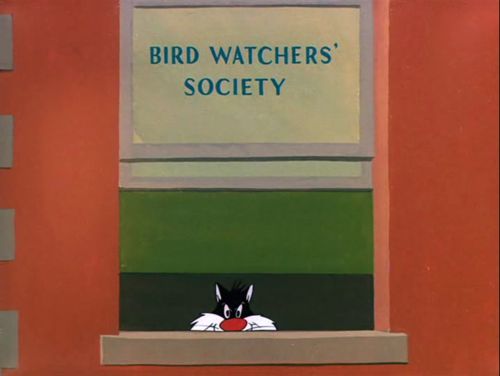 It doesn’t matter whether you’re 7 years old or 70 years old—there is wonderful humor to be celebrated here. Unfortunately, children’s cartoons these days don’t do half of the things that Looney Tunes did, nor are they made for intelligent audiences. Meanwhile, adult cartoons, which are sometimes made for intelligent audiences, have to go completely over the top with every gag. I would say that the modern-day equivalent of this joke is a South Park or Family Guy episode featuring a new supporting character: a young professional from out of town who has been placed in charge of the local orphanage, but everyone is noticing that his behaviors and mannerisms resemble those of a child molester.

Actually, that would have been the equivalent joke back in 2008—in 2018, it is the same character, but in addition he regularly attends AA meetings even though he doesn’t drink alcohol. Maybe he also practices mixed martial arts every night to keep enough of his sexual frustrations in check so that he doesn’t ever mess up and get fired from his job.

I can only guess how politically correct children’s cartoons will be in another 10 years, and to what lengths adult cartoons will need to go to get their laughs. Sadly, there are literally many hundreds of top-notch Looney Tunes shorts that are largely ignored these days, and will continue to be for the foreseeable future.