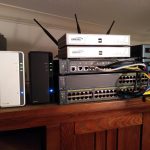 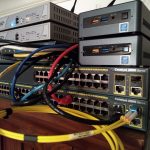 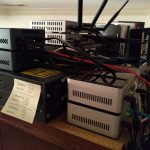 You might be asking, what does this have to do with game development? Bedrock: cultivated workflow, scalable infrastructure, security, devops and—most importantly—sustainable technologies. Oh yeah… and all subdomains and servers are named after planets and characters in Metroid (respectively), which is fucking rad.

Most people love buying new computer hardware and technology, but I hate it. The problem is that nothing really works the way it’s supposed to—especially devices manufactured with all the latest bells and whistles—and it’s always expensive, even when a person makes reasonable attempts at frugality. Probably my biggest issue with upgrading is that a person’s delicate workflows are disrupted. As a general rule, the more equipment that is changed out and the newer the adopted software/hardware, the more severe and long-lasting the associated disruption.

But replacing technology on a regular basis is practically a way of life these days. This is because nearly all computer hardware and software is designed with a shelf-life, and getting more than seven to ten years out of a device is becoming increasingly rare. The technology industry has never known anything but swollen revenue streams, and it will do everything it can to keep them unfettered, even long after we all have corrodible microchips poking out of our foreheads and iWatch 37s grafted into our wrists. (Whoa! Major digression there!)

Anyway, after much forestalling, I finally scrapped many of my old computer systems this year and replaced them with shiny new units. While the process was frustrating, I did things a bit differently than most people and probably came out ahead at the end of the day—that is, I managed to fix more problems than I created.

So without further ado, here is a glimpse at a somewhat less conventional perspective on modern computing… 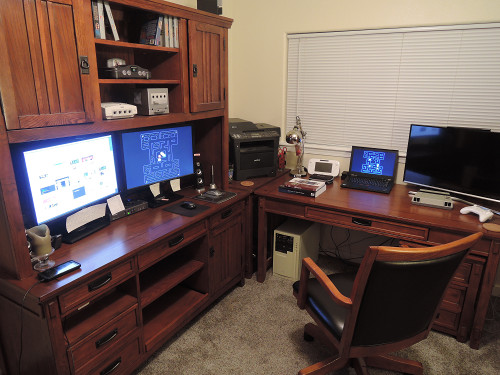 My primary workstation is now an Intel NUC with a Core i3-5010U processor, 16GB of memory, and solid-state hard drive. It runs the CentOS 7 Linux operating system configured for workstation mode. This replaced a custom made AMD64 3400+ processor with 4GB of RAM running Fedora 20 Workstation Linux. Its original name was Kraid, but now it goes by the more technologically well-aligned dev-chad-lin01.zebes.anacronist.com. This upgrade became necessary when my system refused to update to newer versions of the Fedora Linux operating system because it was missing a number of contemporary processor instructions. (In other words, my old computer was missing a bunch of thingamajigs and doodads.)

My secondary computer is a Mac Mini with an Intel Core 2 Duo P7350 processor, 8GB of memory, and a solid-state hard drive. I have been using this device for a while now, but the memory was doubled and the hard drive was replaced. Its name was Phantoon, but now it goes by dev-chad-mac01.zebes.anacronist.com. This upgrade became necessary when I finally realized just how much better solid-state hard drives are than old-fashioned hard drives (especially 5,400 RPM drives designed primarily for laptops), and because for some reason the right-click context menu on my Mac experienced many seconds of lag when it had only 4GB of memory.

My tertiary computer is a Lenovo ThinkPad T430s with an Intel Core i7-3520M processor, 16GB of memory, and solid-state hard drive. It runs the CentOS 7 Linux operating system configured for workstation mode. This replaced a Dell Latitude laptop with an AMD64 X2 Turion 2GHz processor and 4GB RAM running a dual boot of Fedora 23 and Windows 7. Its name was Ridley, but now it goes by dev-chad-lin02.zebes.anacronist.com. This upgrade was necessary because I experienced countless driver issues in Linux with AMD-based products. It was also easier to justify when I finally came to realize that Lenovo ThinkPad laptops really are waaaaaaaayyyy better than Dell Latitude laptops.

My quaternary computer continues to be a cheapie HTC Desire 610 running Android 4.4.2 with the name Chad’s Dumb Phone. I might replace it with a newer Android-based smartphone in February 2017, which would mark the second anniversary of the device’s purchase. I dunno, we’ll see. I now know that 8GB of internal storage is not enough for a smartphone because, due to poor design, it’s not possible to move 95% of apps onto an SD card. 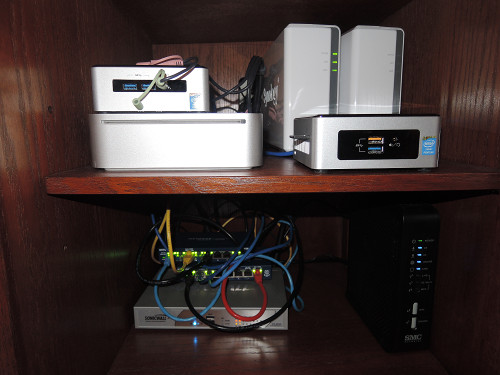 I’m going to keep my custom made PC, circa 2003, that is outfitted with an AMD XP 2800+ processor, 2GB of memory, ATI Radeon 9800 Pro and runs the Windows XP operating system. This is so I can have quick access to a bunch of classic PC games, and because Windows XP is right now the third most popular OS in the world. The computer’s name was Kraid-Old, but this has been appropriately updated to dev-chad-win01.zebes.anacronist.com.

My data backup strategy is comprised of one Synology DS116 device equipped with a 7200 RPM 4TB NAS hard drive, and two Synology DS115j devices equipped with 5900 RPM 4TB NAS hard drives. They used to be named Draygon, Botwoon and Torizo but were renamed to skree.zebes.anacronist.com, shriekbat.aether.anacronist.com, and zoomer.zebes.anacronist.com, respectively. skree and shriekbat are located at two different physical sites and synchronize data with one another across a virtual private network (VPN) connection. zoomer also synchronizes data with skree, but they are located at the same physical site.

My Brother MFC-8910DW copy/print/fax machine is a great piece of equipment overall, but some of the software for it really sucks (like the digitized faxing feature).

Following from my previous Confessions

post from earlier in the year, I was never able to find the device that had the moniker crocomire so the name has been repurposed. crocomire now represents a server running CentOS 7 Linux configured for Internet name resolution, Subversion and Git services; it is located at an internal address of crocomire.zebes.anacronist.com and an external address—that is, world wide web address—of zebes.anacronist.com. 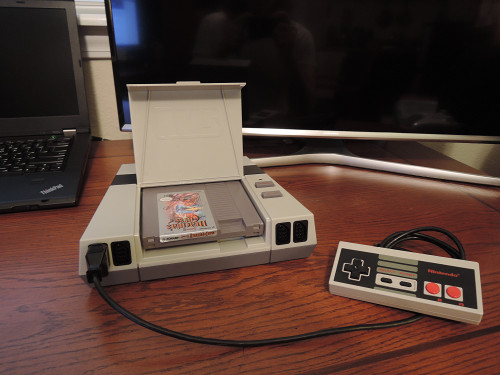 I decided some time ago that it was necessary to move away from Fedora Linux to CentOS Linux, but kept putting off the change because installing an operating system and then reconfiguring everything really takes a big slice out of a day. I finally moved forward, however, when instances of LibreOffice Calc running on my primary workstation suddenly started blending letters and numbers together when I would type. This drove me absolutely nuts, and it’s been a good long while since I have cursed that much at a computer.

I just recently bought a 1080p 32″ Samsung SmartTV and this is the first high-definition television set I have ever owned. It resides in the corner of my desk and serves two roles: 01) as a secondary monitor to my laptop when it is docked, and 02) as a means to hook up and use video game consoles at my desk. In the past, I ventured a little too far into wire-hell by using HDMI-to-DVI and composite-video-to-DVI adapters so that my game consoles could hook up to a KVM switch and output video to a 16×10 perspective 24″ monitor screen, and audio to a cheap set of Logitech computer speakers. Having a TV nearby offers a much easier configuration, plus I can now watch Wheel of Fortune while I’m programming! Score! 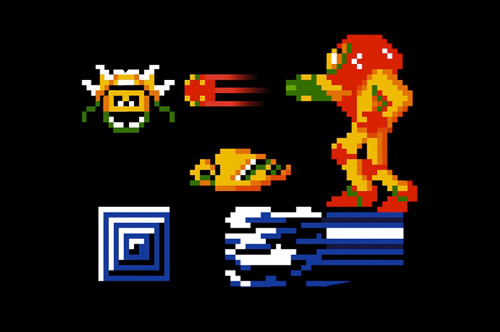